artsjobsonline is run by Donal Sheridan and Barbie Lyon.

Donal launched artsjobsonline in 2003. Donal’s first job in the arts was as Theatre Assistant at the Bloomsbury Theatre in London where he gained a grounding in all areas of theatre operation. He then specialised in arts marketing, moving to Sadler’s Wells where he was part of the team that worked on the opening of the new theatre in 1998. 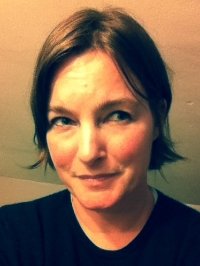 Barbie’s arts career started in Sales and Marketing at Serpent’s Tail, an independent publishing house. She went on to be Assistant Director at the Arvon Foundation in London before moving to Edinburgh where she worked for National Museums Scotland.

If you are an existing client and would like to place an advert; please send the text, logo and image (if requesting a premium listing) for your advert to jobs@artsjobsonline.com and we’ll post the job within 5 working hours.

This website uses cookies to improve your experience while you navigate through the website. Out of these, the cookies that are categorized as necessary are stored on your browser as they are essential for the working of basic functionalities of the website. We also use third-party cookies that help us analyze and understand how you use this website. These cookies will be stored in your browser only with your consent. You also have the option to opt-out of these cookies. But opting out of some of these cookies may affect your browsing experience.
Necessary Always Enabled
Necessary cookies are absolutely essential for the website to function properly. This category only includes cookies that ensures basic functionalities and security features of the website. These cookies do not store any personal information.
Non-necessary
Any cookies that may not be particularly necessary for the website to function and is used specifically to collect user personal data via analytics, ads, other embedded contents are termed as non-necessary cookies. It is mandatory to procure user consent prior to running these cookies on your website.
SAVE & ACCEPT